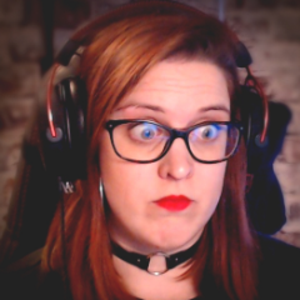 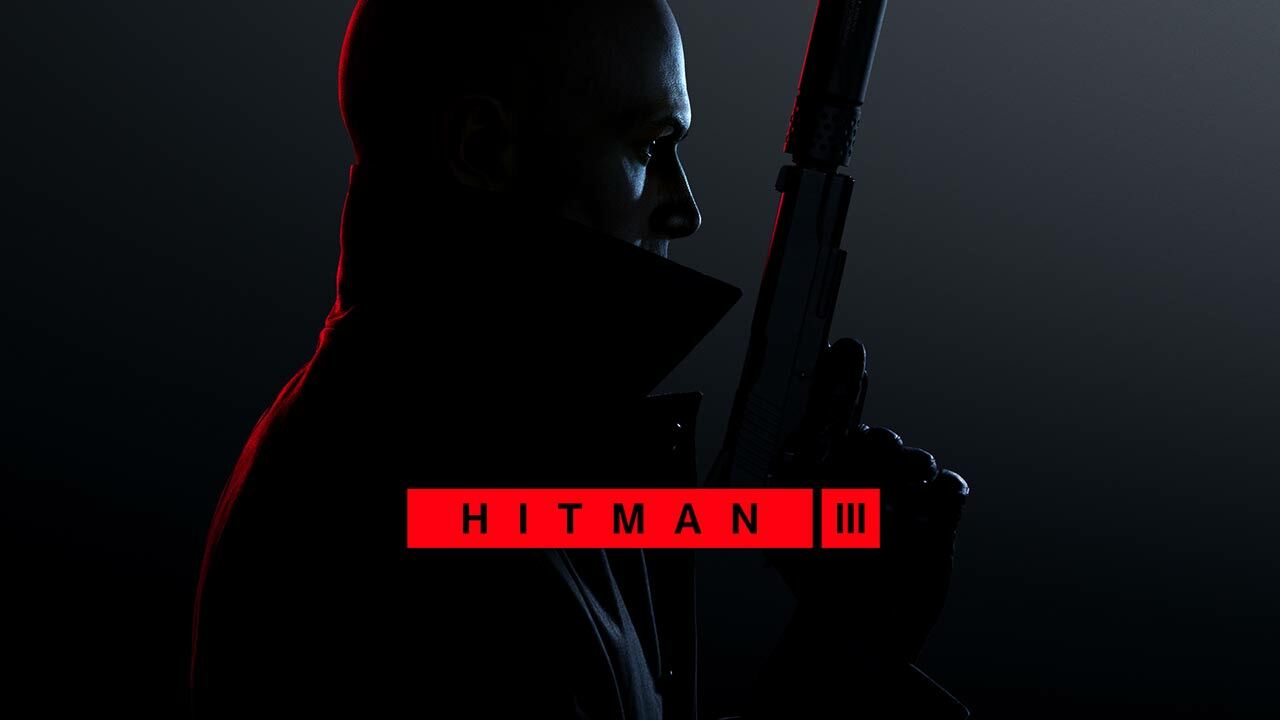 Why Hitman is good improv practice for content creators

I recently started going to improv class both because I'm kinda really into improv comedy - this might be because I got introduced to it during my RingCon phase when I went to the convention every year and some of the Lord of the Rings actors had improv panels. I considered to gather some thoughts on the class in a video for my YouTube channel, but before I commit to that intimidating task, I thought I could sum up some of my thoughts in a post here. :D

Improv theatre is defined by at least two people working together to on the spot improvise and create a characters and a scene that potentially can end in hilarious situations. There is a variety of tools and methods to achieve this by, where either locations, characters, goals or conflicts are being given by either one of the players (or participants) or the audience and the scene then unfolding from there.

Improv theatre is about working together and bouncing thoughts and creativitiy of each other to reach an outcome no one might have expected. To make this possible, there are some principles (and rules) which the players follow to a degree depending on the experience of and relationships inside of the group.

Content creators in general but livestreamers in particular a dependent on coming up with entertaining content and react to unexpected situations which is almost like improv theatre. Especially livestreamers creating gaming content will be "working together" with other elements of their stream to work with and bounce thoughts of: might it be chat providing clues for interaction, the game triggering reactions or other gamers in a multiplayer situation.

If playing a solo and wanting to practice improv, Hitman (3) is a great game! For streamers, games act as other gamers in an improv situation that they react to or can use for roleplaying, which is an easy way to be entertaining in. 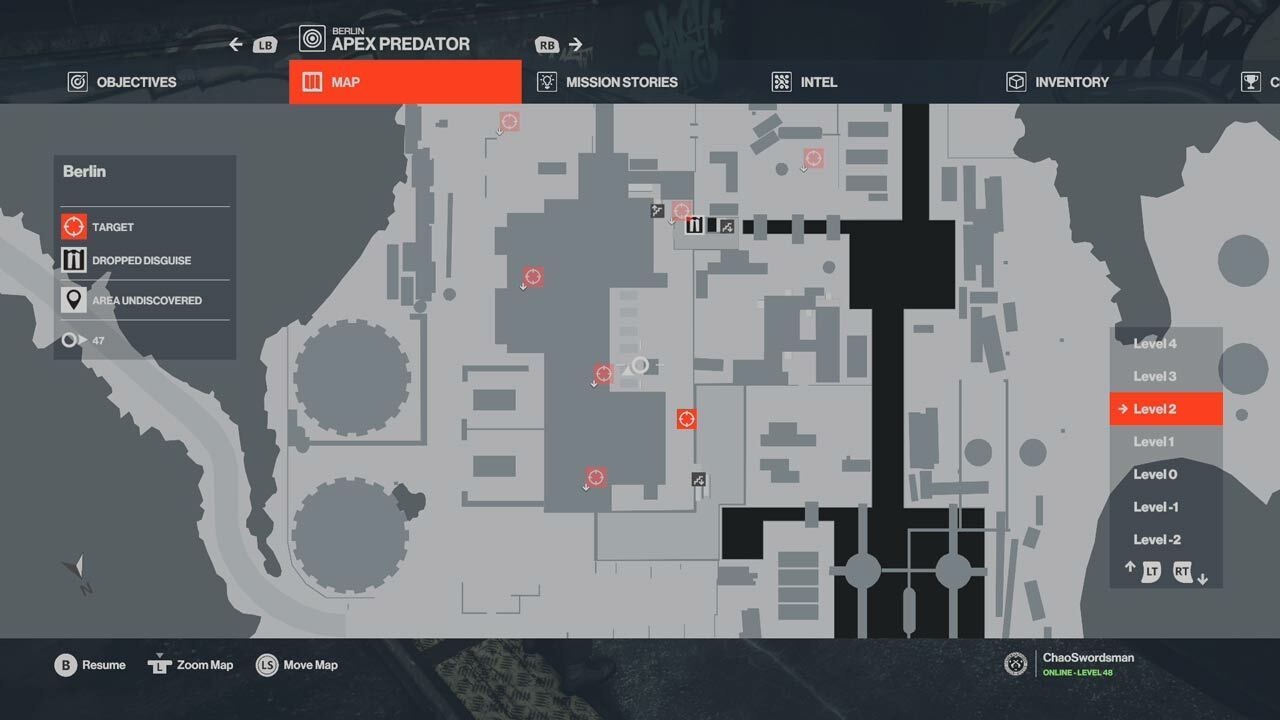 Improv theatre is mostly short term, which means that the players act in defined interactions and situations and only for a short amount of time. The purpose is not to create long plots, but short, recognizable stories inside of the given boundaries.

Hitman is structured in maps and thus fitting well into the principle of principle. In Hitman, you can either play the campaign, where a story binds together a series of maps in different locations, or you can skip the story alltogether and just straight go for the individual maps and doing the missions without any particular background story or reasoning.

This gives the streamer a great opportunity to react to new content, new characters and a new situation. There is no grinding in an open world scenario which can turn into slow and dull content, but all actions and dialogues are relevant and fresh. 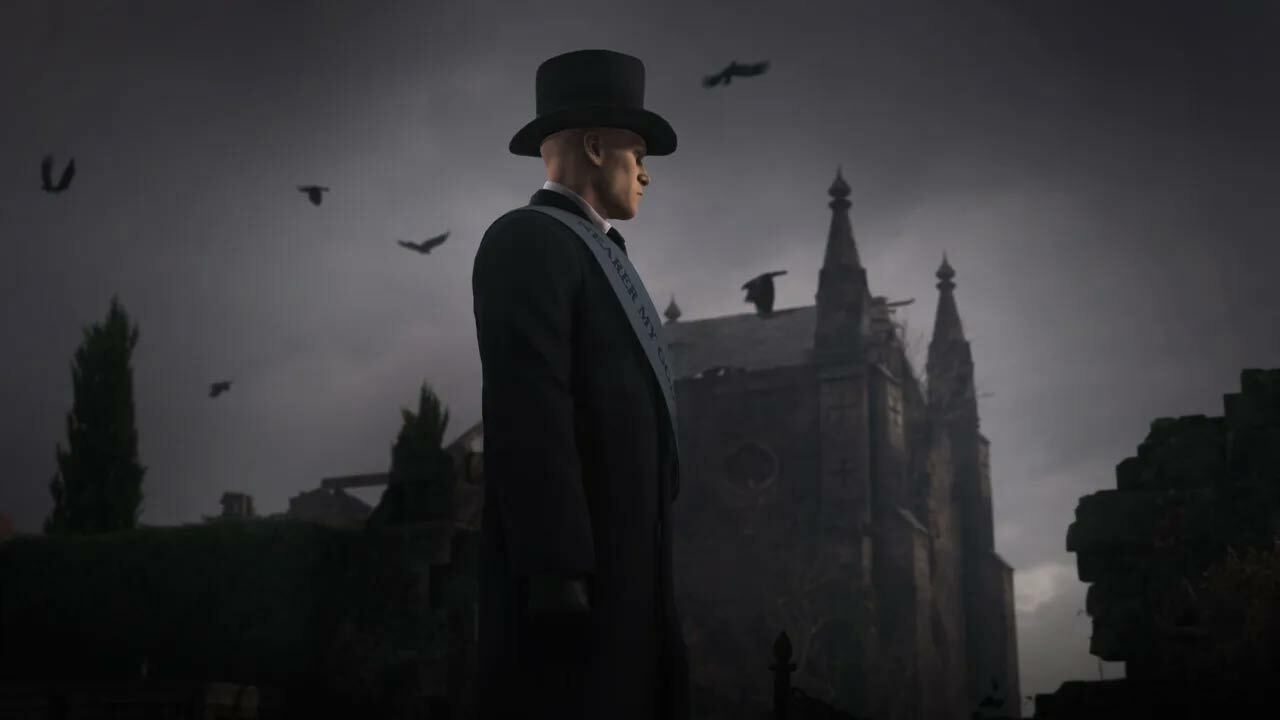 Probably the most important and most famous principle of improv theatre is called "Yes, and". "Yes and" is the principle of building on each other's clues and not tearing each other down. As improv is team work and being creative in a "stressful" situation, "yes and" ensures that no one is afraid of speaking their first thoughts and that stories develop in a way no one expected. If another game takes a clue in a completely different direction than you would have, you don't try to turn it around to follow your idea - you take the idea of the fellow player ang build on that. To practice this way of thinking (which requires some brain practice), one is only allowed to say "Yes, and ..." when for example telling a story sentence by sentence. No "Yes, but", no "However".

The game mechanics of Hitman is an amazing example for how games can follow this principle. As it wants its players to be creative and explore different ways of reaching their goal, the game itself has to be prepared to catch everything the gamer throws at it and play along.

If one would put that in a dialogue form like it would be on an improv stage, this dialogue would almost look like this:

Being able to pick up a lot of items (knives, muffins, feather dusters, car batteries, fish, ...), interacting with a lot of items and dressing up as other people are the main mechanics of the game and thus this might not be surprising. However, they are what give the streamer great clues for making entertaining content. Being able to take down enemies with muffins, feather dusters or soaps is more unexpected and fun than taking them down with a gun or bow and arrow (I myself need to practice that yet, as I have not made use of many hilarious weapons yet).

The same goes for disguises and the ability to go anywhere on the map and explore different characters stories - basically the principle of replayability the game focuses on heavily (every time the player has finished a map, they unlock more options and features for the map so it can be replayed in a different way). 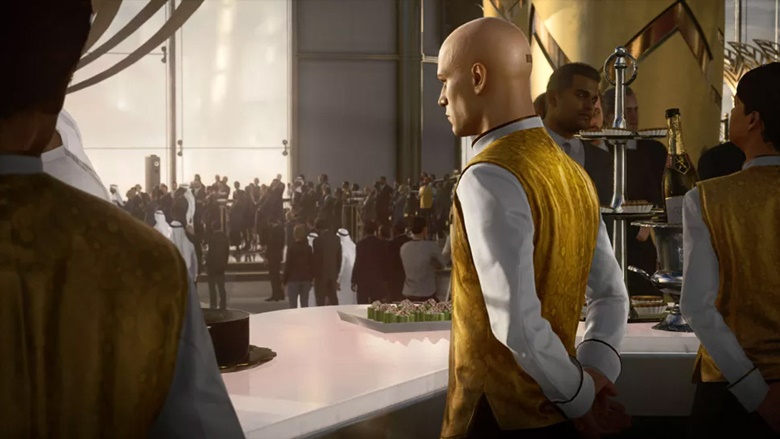 When doing improv theatre with others, it is important to answer the following questions as early as possible to establish the scene:

What are you doing? What is at stake? What is the goal?

Hitman's mechanic of letting you disguise yourself as different people and thus interact with different other people and accessing different parts of the maps, gives streamers a perfect opportunity to practice their roleplaying and improvising some "who, where, what".

The main character of the game, agent 47, basically does some improv himself everytime he encounters new people and needs to act as if he is a different person with a purpose to being there - this is what the streamer can make use of and roleplay these these characters. Invent a little backstory for why you are there and tell it through made up dialogues with NPCs, work with the status of that person compared to the NPC - are you a servant entering the room of the high profile target? Are you a soldier patrolling an area? Practice different voices and dialects, make use of the different items that fit the different roles and locations.

I'm going to try and follow my own recommendations in the future and remember to make use of these principles when contuining the story of Agent 47 in Hitman 3.